1967 war which was launched by Israel on June 5th against three Arab countries (Egypt, Syria, and Jordan) has resulted in a decisive defeat for the Arab states. In addition to the loss of land, the war cost many human lives and material losses in the course of six days only, not to mention the destruction and interruption of the military infrastructure.

The three-part documentary films attempt to showcase a comprehensive look at the circumstances related to this war. This is in addition to the war ramifications on the geopolitical, historical, and social levels. It also uncovers newly secret photos and documents which provide a closer look at the untold story of the what is known as six-day war.

The film showcases the story the Euphrates Dam; from the inception of the idea at the architectural stage, until the present moment in which it is threatened by possible collapse. It also narrates the stories of Arabs of Al-Ghamr, the emergence of the Tabqa region, the disruption of the Kurdish fabric in the new areas of displacement and the agricultural reclamation of the land. In addition, it sheds light on the historical ruins and monuments which have been flooded by the dam’s water.

The film attempts to provide an authentic view on the history and politics of the Euphrates Dam erection. 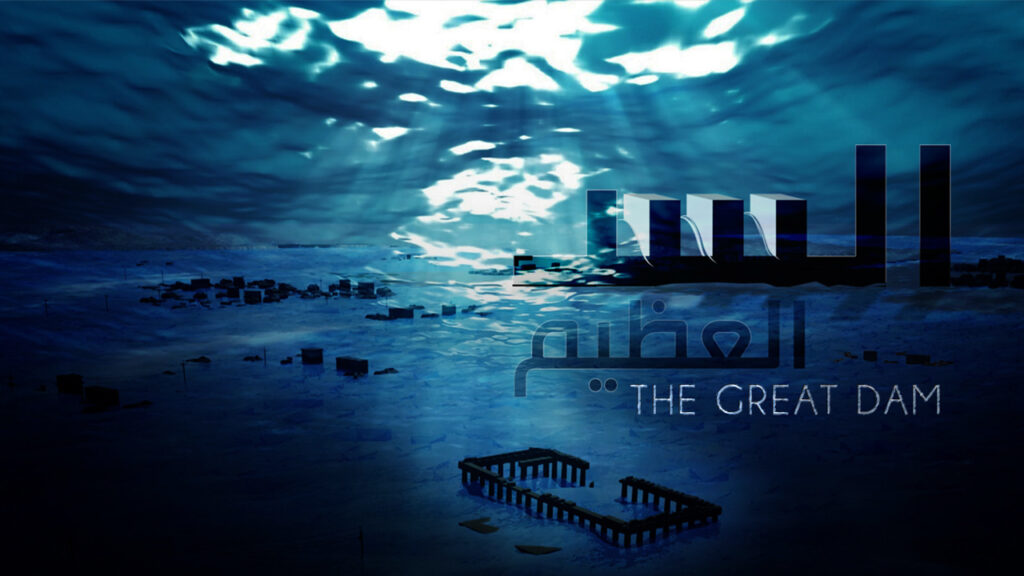 Through the story of the international activist Basil Safadi, who had been eliminated in the prisons of the Assad regime in 2015, the film attempts to reveal the regime’s policy of controlling freedom of information and the targeting of intellectual activists.

Basil, a young Palestinian-Syrian information technology expert, was a pioneering advocate for the culture of Open Source (Creative Common).

After the outbreak of the Syrian revolution in 2011, Basil did not hesitate to contribute his knowledge and expertise in supporting the revolution. He secretly assisted in uploading videos and links to international media networks to convey the voice of the demonstrators against the Assad regime.

Basil and his wife-to-be, Nora, have gone through a romantic love story during the revolution. However, their story was interrupted by the arrest, persecution and termination of Basil in 2015 by the Assad regime. 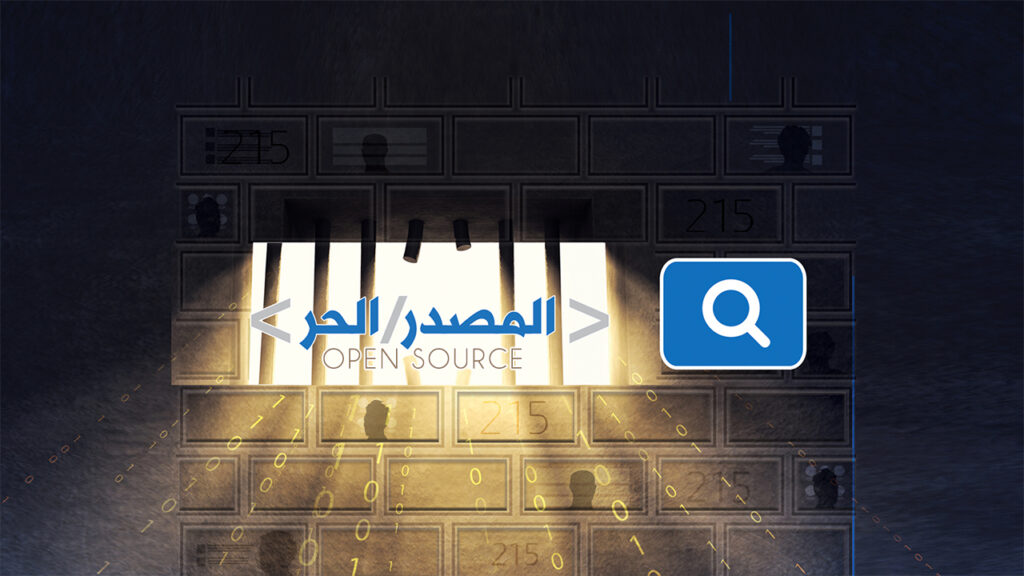 The film examines the credibility of the “resistance” rallying cry that the Assad regime raised in the name of Palestine and the liberation of the Golan Heights.

The film is narrated in the context of the Nakba (1948 Palestinian Exodus) and Naksa (1967 Six-Days War) memorial marches to the Golan Heights in 2011 — to reveal how the Assad regime and some Palestinian factions tried to use these events for mere political gain.

The film highlights the irony between the Assad regime’s complete abandonment of the Golan Heights’ liberation on one hand, and the Israeli erection of the “fear wall” border to protect itself on the other. The film is based on interviews for actual participants in the marches. It also displays unique footage and exclusive visual materials. 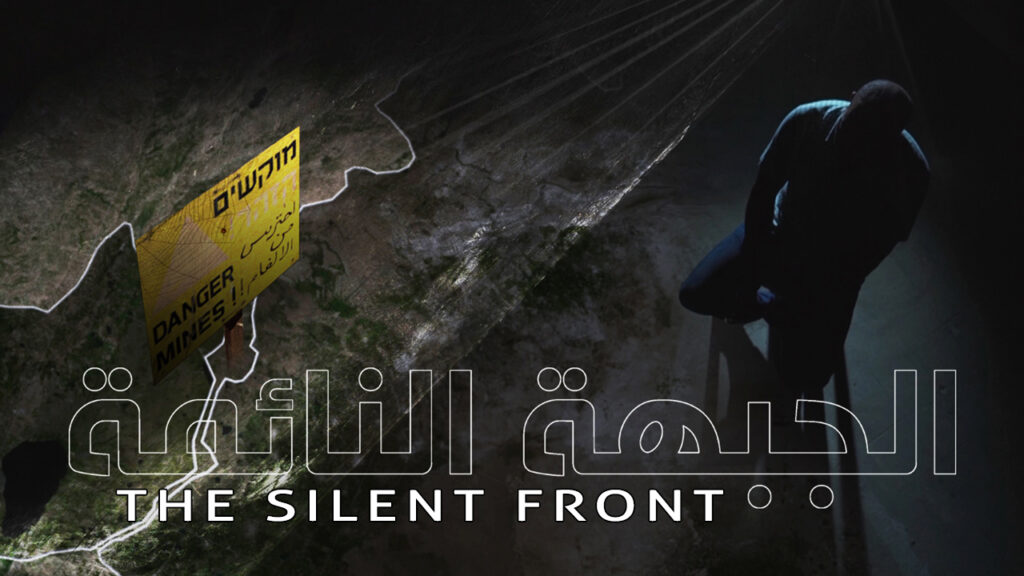 The film showcases another example of the Assad regime’s systematic displacement policy of the rebelling cities during the 2011 revolution. The siege of Homs which started in 2012 and lasted until 2017 when the regime expelled the last inhabitant of al-Waar neighborhood.

The film also reveals, through special audio leaks, the Russian role as a party of the conflict, not as a guarantor of reconciliation as it claims to be. 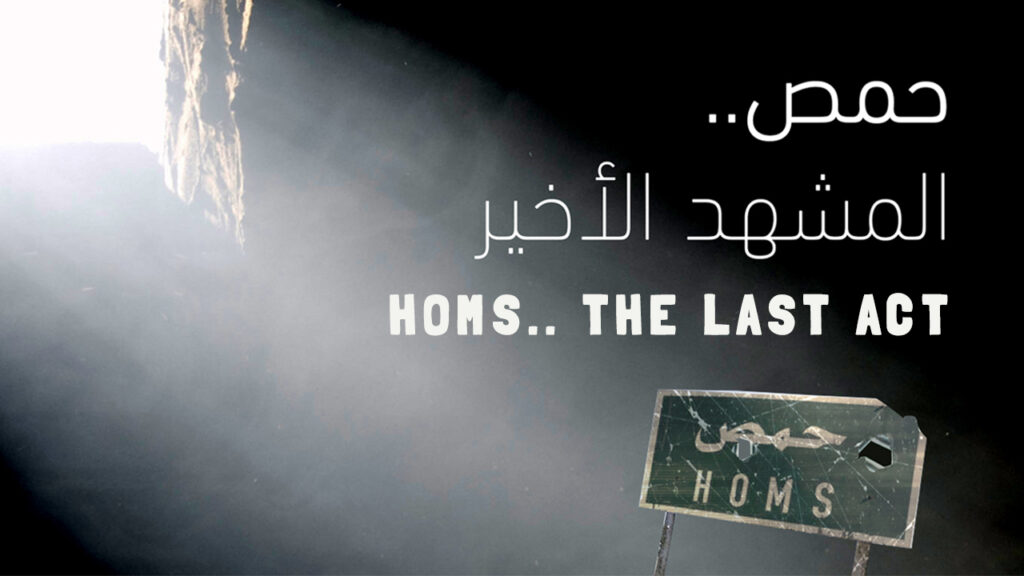 Men of Dignity.. The Cry of the Free

The “Men of Dignity” movement started in the context of the Syrian revolution. It has devised in 2014 in the governorate of Sweida, south of Syria, as a response to the internal conflict of the local community on one hand, and to the Assad’s regime and the terrorist forces behaviors on the other.

The film “Men of Dignity.. The Cry of the Free” sheds light on the societal and revolutionary movement outside the official opposition institutions. It also highlights the changes that occurred in the movement and the strategy of the Assad regime to curbing the movement, including the accusation for the elimination of the movement’s leader Al-Balous. 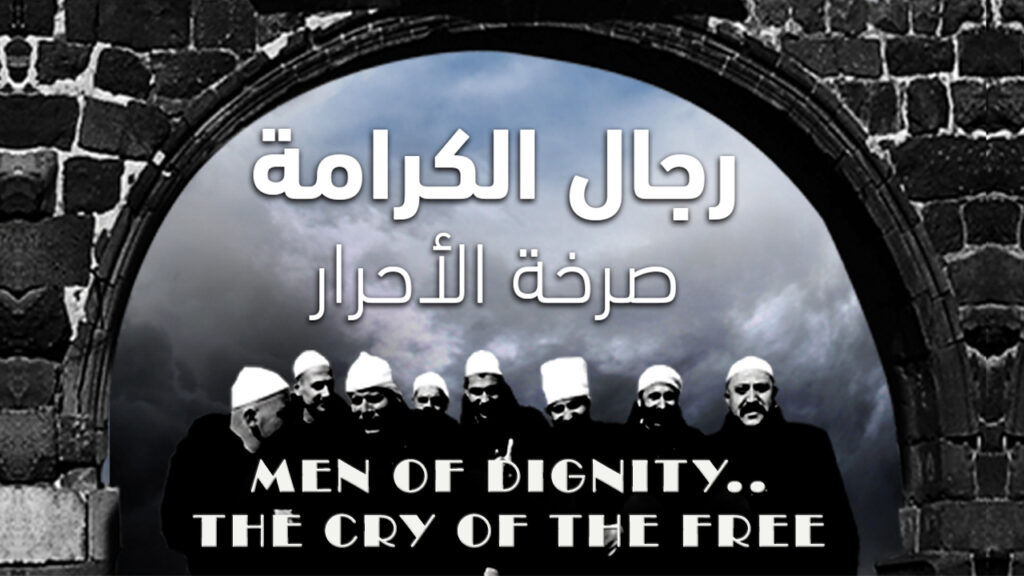 At the beginning of 2013, the rebel-controlled areas in Aleppo city north of Syria have expanded at the expense of the Assad regime’s control over the city. Such a victory of the rebels has instigated the regime to commit numerous massacres in an attempt to deter the expansion of the rebels.

The film, “Martyr’s River”, tells the story of the massacre of the Queiq River, which crosses from the regime’s controlled area to the rebel areas, and whose waters carried the bodies of this heinous massacre. 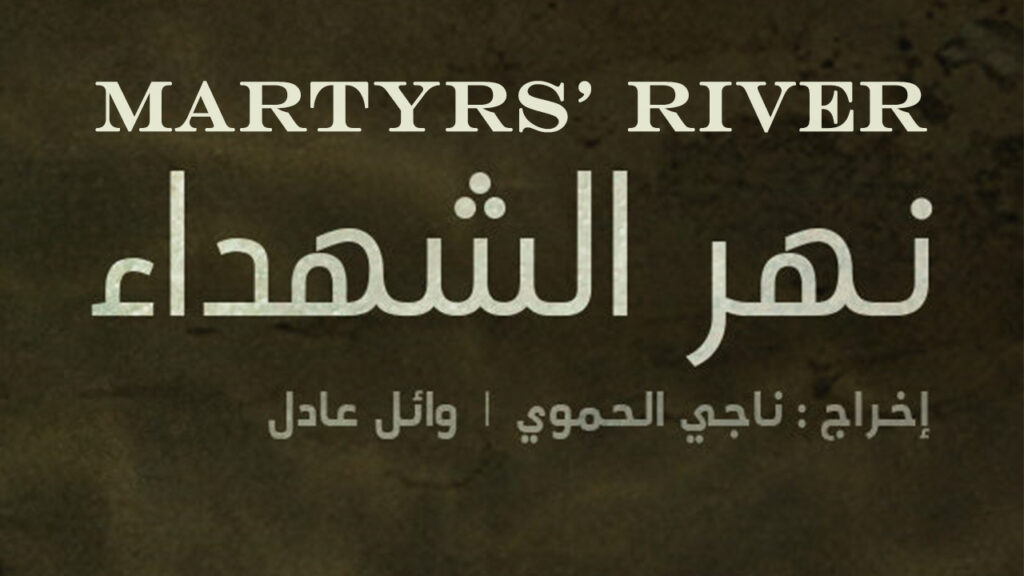 The filmmaker comes across a shocking experience with a young girl who sells tissues in the bus stations (Metrobus) in the streets of Istanbul. Curious to know more about her story, the filmmaker follows her; loses her, but he eventually meets nine-year-old Ali. Ali takes the filmmaker into a journey in the world of the Mendil’s street children vendors to experience the life of hardship, pain, oppression as well as flashes of stealth joy, play and hope for a hot meal or school admission.

Mendil is a documentary film that showcases the stories of the Syrian street children who are forced to become vendors of tissues in the streets of Istanbul as a result of the war in Syria. 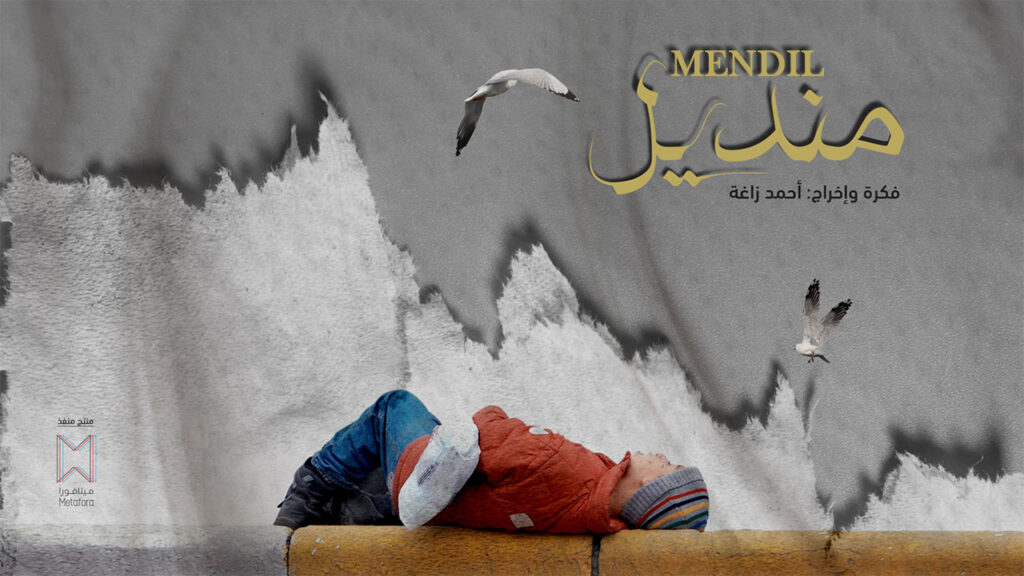 A Fighter with Saddam

A portrait documentary with the former Iraqi Chief of Staff and Fao liberation leader, the defected General Nizar al-Khazraji. The guest reveals about important secrets from the modern history of Iraq and the Arab region, such as: the Iran-Iraq war, the October 1973 war, and the chemical incident in Halabja. Through an exclusive interview, al-Khazraji also sheds light on some of Saddam’s secrets and his contentious relationship with some Gulf countries. 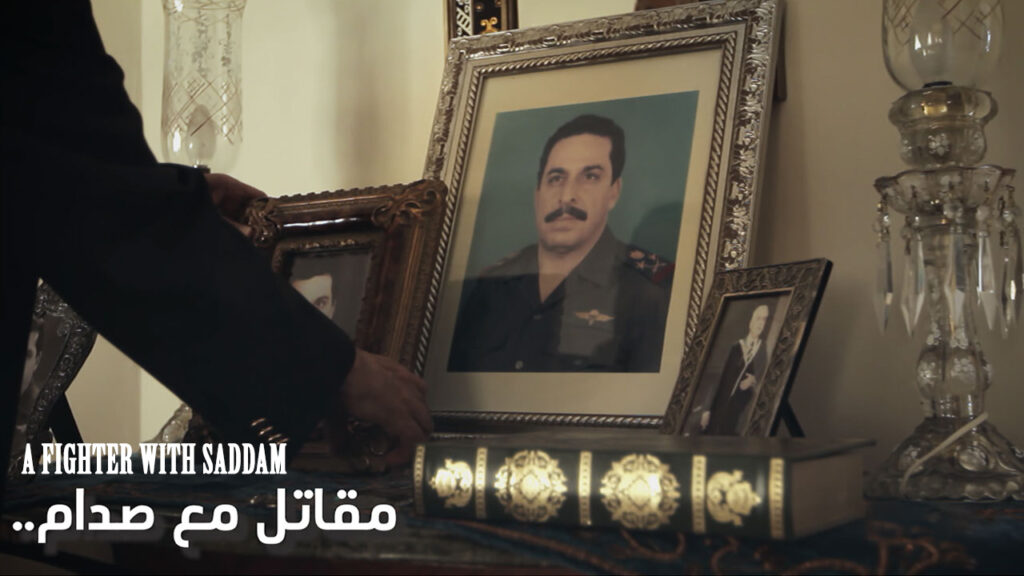 Caesar of Syria is no longer just a name or a headline in major newspapers and news bulletins around the world. “Operation Caesar” was initiated by a young Syrian from inside the prisons of the Assad regime and eventually was adapted by members of the Syrian American community in order to achieve justice for the lost ones.

From the horrifying documented photos of thousands of detainees who died under arrest and torture in the Assad prison, this documentary shows the efforts of the Syrian American community who lobbied the US Congress to pass the Caeser Syria Civilian Protection to increase the pressure on the Assad regime to seize power and hold accountable for his regime’s atrocities. Through witness accounts, the documentary film narrates the details of the kidnapping operation of the Italian vessel Aquila Lauro on the 7th of October 1985. Represented by its Secretary General, Muhammad Zaidan, known as Abu al-Abbas, the operation that the Palestinian Liberation Front (PLO), represented by had planned, and directly supervised. The operation came as a response to the Operation Wooden Leg in Hamman al-Shatt in Tunisia which was carried out by the Israeli Air Force on the 1st of October 1985 targeting PLO headquarters.

The film reveals new information about some Arab regimes and political figures who were involved in the operation. What makes this film especially unique is that the main witness is Mrs. Reem Al-Nimr, the wife of Abu al-Abbas. 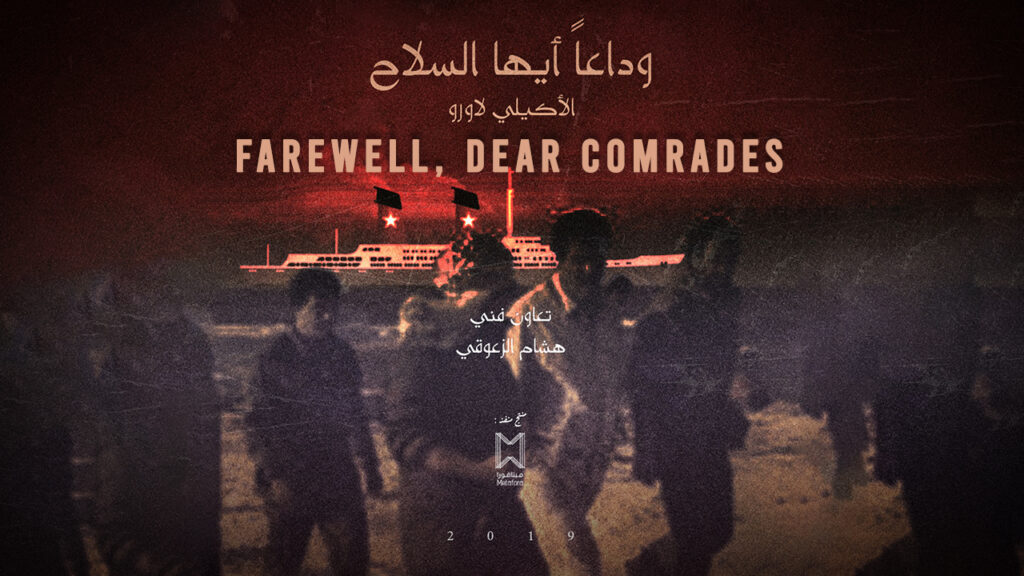 Al-Maarri.. A Chapter for Hope

The poet Abu Al-Alaa Al-Maarri was accused of heresy when he urged to reject authority in its various manifestations. After a thousand years, Syrians will come out in a popular revolution against the power of political tyranny.

In a symbolic gest, the Assad regime will try to destroy the city of Marra, north of Syria, while the Islamic extremists will be head the statue of al-Maarri in his resting place in February 2013.

This documentary film shows the background story for the construction efforts of a memorial sculpture for the philosopher Abu Al-Alaa Al-Maarri. The sculpting process, which took place in Spain, conducted by the hands and under the supervision of Syrian artist Assem Al-Basha along with the support of The Survivor Organization “Najoon”.

In a way, the film reflects the Syrian revolution story at critical junctures in its path. 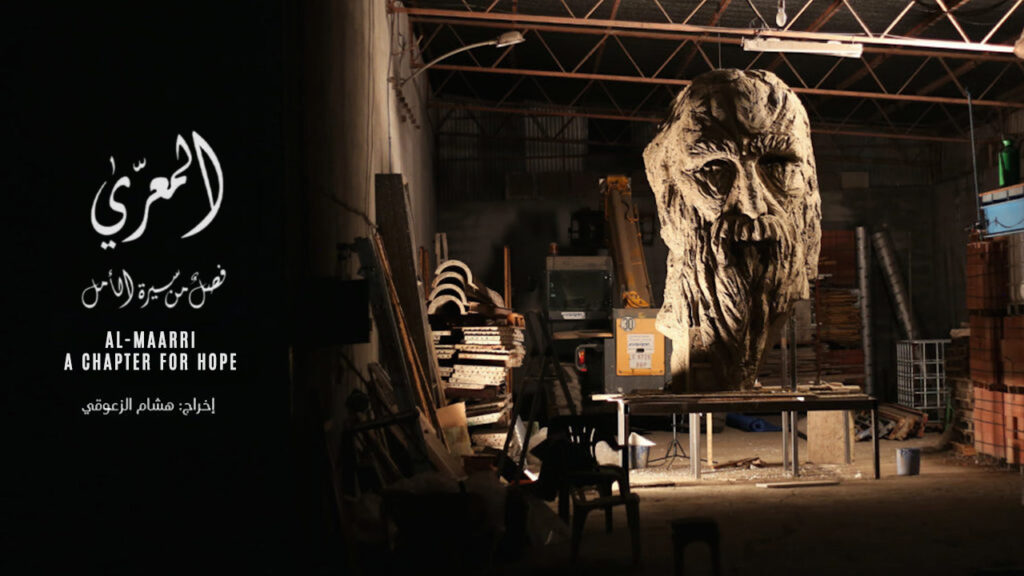 ZIYARA gives the testimony to Moroccan Muslims who speak about Jews with a sense of nostalgia; the film gathers their memories, their feelings, and their ideas of this sensitive subject. Scene after scene, character after character, the film depicts the proximity that was the daily life and relationship between Jews and Muslims in Morocco. It documents how an Arab country and a Muslim society continue, against all odds, to take care with grace and innocence of a millennial Jewish heritage after the departure of most of its Jews from Morocco. 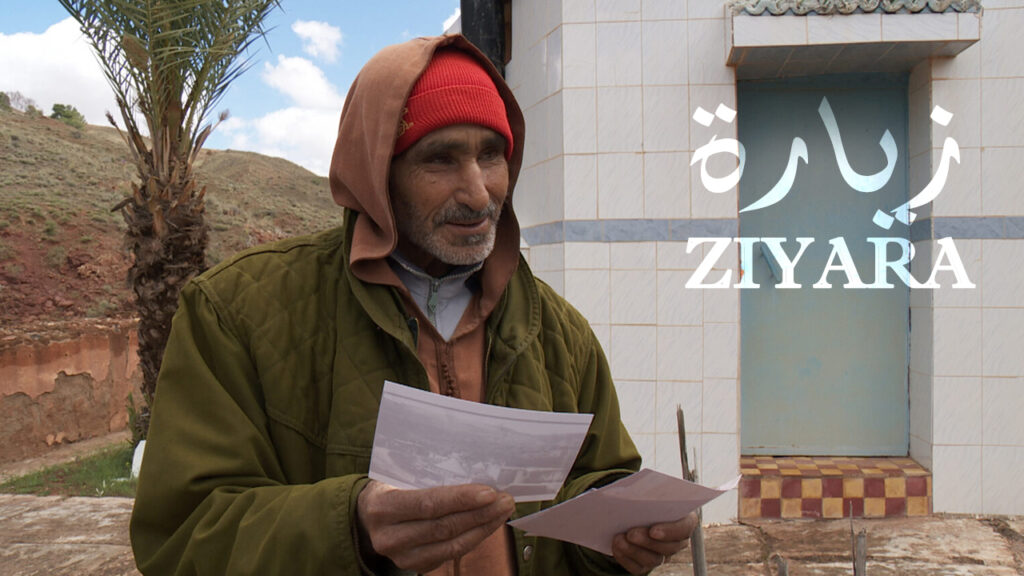